Zinc oxide use in natural deodorants 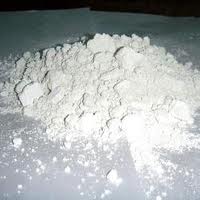 I have been searching for a long time a natural deodorant that really works and that I can make myself.

By really works I mean that you can:

… and in the evening you still smell good. Or at least as good as using a classical deodorant (which is not always the best choice either).

I thought I’ve tried all natural deodorants that exist:

Not to talk about my fiancé, who sweats much more than me – all these did not convince him at all. He tried patiently, though…

Zinc oxide is a perfect active ingredient for natural deodorant

Why? I have made some research – including scientific papers – and I do bring you what I found, including the citations…

Disadvantage? It does not stop the sweating. You will sweat less but it won’t function as an 100% antiperspirant. My fiancé said: I sweat less than not using any and at the end of the day I smell considerably less than using some of the classical antiperspirants…

I must say, he really does not smell at the end of the day (I can feel something only if I put my nose in his armpit… 🙂 )

For a week we (me + my fiancé) have tested the pure zinc oxide powder as deodorant and we were very happy about its performance. However, it was during the week, and we work sitting in our offices, so no big deal. Moreover, we did not like the powder form, which is difficult to apply.

I prepared a sunblock cream with 30% Zinc oxide for testing purposes and we used it also as a deodorant.

Success: 100% – at the end of the day we both smelled only the white tea fragrance I added to the cream.

Comparison to other natural deodorants

The recipe that will follow is not the same as the one I used for sunblock recipe, as for deodorant I do not have to add all the expensive ingredients that are not necessary for deodorant.

I [EDIT 15 July 2016: looking back at my recipe, I used 15.5% ZnO]and used aloe vera juice for the water phase (it has soothing properties, which is nice for armpits, where a lot of friction goes on)
The new version of the deodorant is as efficient as the “sunblock” version (have been using it for months since daily).

This entry was posted by evik on October 5, 2012 at 22:21, and is filed under body, deodorants. Follow any responses to this post through RSS 2.0.You can leave a response or trackback from your own site.