My experiment with 100% one oil soaps continued.  After 2 weeks I examined the hardness of soaps and how do they foam. I also tested for Ph.

I tried my one oil soaps also after 4 weeks and the results were the same.

Concerning the fragrance, all soaps have lost their odor of the oil, except cocoa butter soap and shea butter soap.

I had some surprises with soaps from corn, peanut and castor oil.

The first  difference is that some of the soaps changed their color – e.g. the olive oil soap started to loose its color in white spots until it lost color totally. The cocoa butter soap darkened into almost orange color. 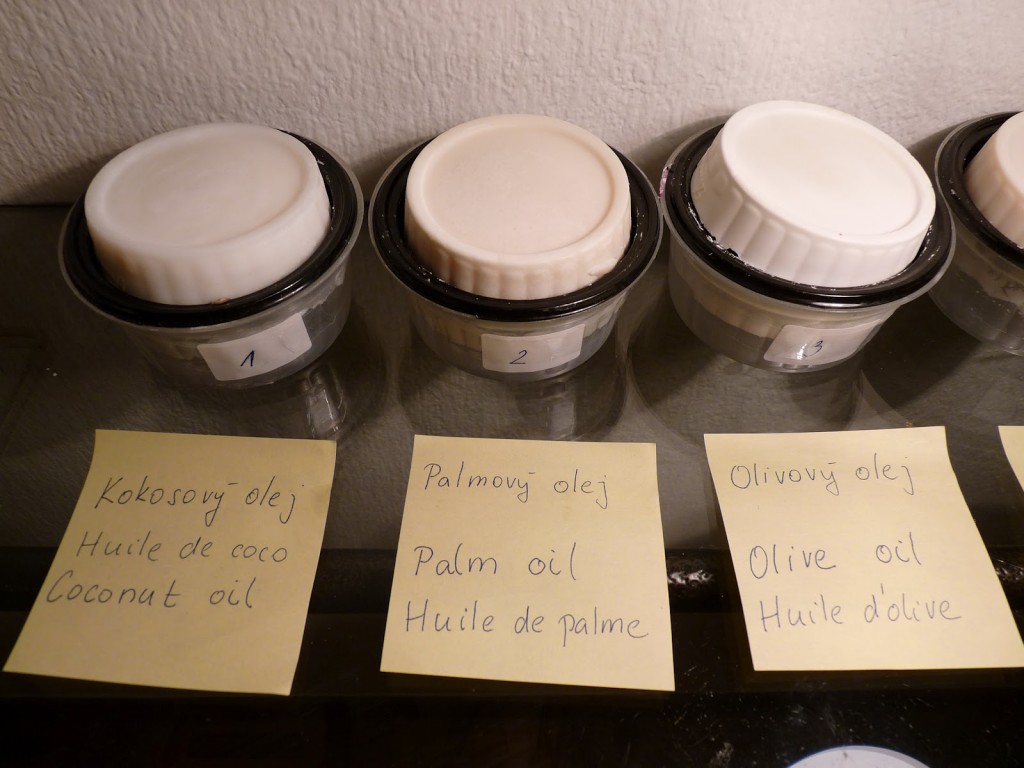 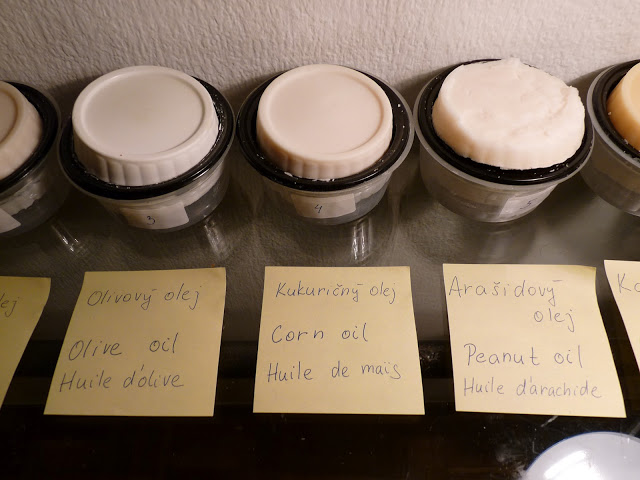 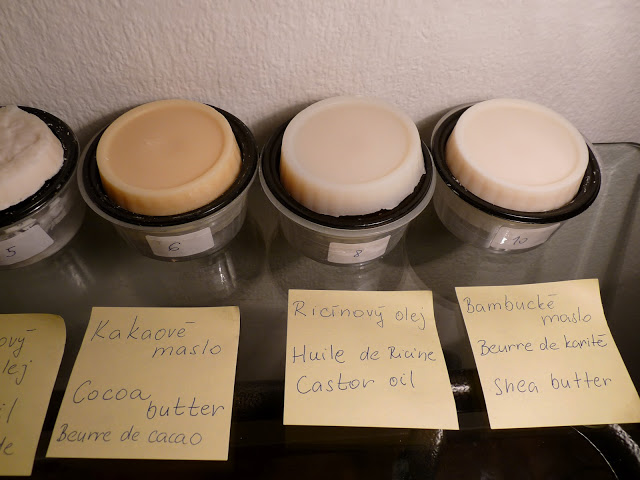 I hope that you like my test and will be happy if you leave me a comment with your suggestions on which oils or oil combinations I should try next.

This entry was posted by evik on January 16, 2013 at 11:23, and is filed under My soap experiments, soapmaking. Follow any responses to this post through RSS 2.0.You can leave a response or trackback from your own site.