Superfat vs. lye discount – the difference to know 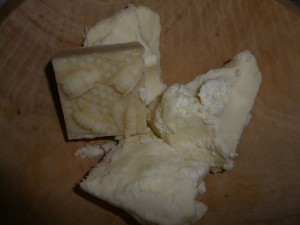 What is the difference between applying lye discount and superfatting your soap? And should we care?

Grab a cup of coffee or a hot tea, or whatever beverage you prefer, take a short pause and sit down comfortably. I will show you, that the difference can become quite important and that we should care.

I did not think about it until I got a question on how to approach superfatting of the finished hot processed soap.

The difference is subtile and to explain, I will define the two terms:

After both procedures, we say that we superfatted our soap, which is true. There is indeed some extra / super fat that was not saponified.

However, there are two important differences :

Superfat – how to control which oils will saponify?

There is a general belief that by adding a particular oil at trace, this oil will be the last to saponify and that this is the method to control which oils will create the main part of your superfat. According to work of K. Dunn, author of the book Scientific Soapmaking, who has made laboratory experiments on this subject, this is not true:

The composition of unsaponified oil in finished cold-process soap does not depend on the order in which the oils are added. The oil component that reacts most slowly with the lye will be more concentrated in the unsaponified oil than in the original oil blend.

This is the book !!! (I cannot stress enough how important I find it for each soapmaker…)

This means that the only way how to control the non-saponification of your superfat oils is to add them after the saponification is completed – e.g. in the hot process soap.

How much did you really superfat your soap? 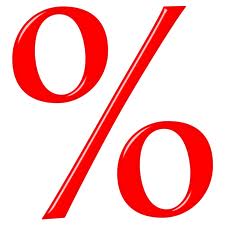 The thing is that while in the lye discount the percentage of superfatting is straightforward to calculate, it is not always the case if you superfat (add some more fats) at trace or after the soap was finished (for hot processed soap).

If I calculate my lye with 5% lye discount and saponify my oils with it, I will have 5% superfatted soap, because 5% of my oils in my oil mix could not saponify. Easy!

However, let’s say I want the coconut oil remained unsaponified and so I decide to add it at trace (which we know does not make sense, but let’s say I’ll do it) or I HP (hot process) my olive oil soap first.

In both cases, this means I plan to saponify 950g of olive oil with lye calculated at 0% and only later (at trace or after the saponification is completed by HP) I add 50g of coconut oil. In both of these cases, I do not have anymore 5% superfat… how is that?

Let’s calculate the superfat of my soap under these two scenarios:

Scenario 1: I apply lye discount of 5%

I mix both oils with my lye until trace. 95% of my oils react with all the lye and 5% of them remain unsaponified. My superfat is 5%. According to K.Dunn’s observation, this 5% will probably be mainly unsaturated fatty acids from olive oil, since they react the slowest, but the percentage is clearly 5%.

Scenario 2: I apply superfat by adding 50g of coconut oil to 0% discounted soap from 950g of olive oil.

Adding oils at trace does not really help in selection on which oils will remain unsaponified, so there is no need to make scenario 2 for cold processed soap. It is just more work (and what if you forget to add your oils at trace?). The same applies for first mixing my oils, taking out 50g of the mixture and calculating lye for the remaining 950g of oils. This is the same thing as the lye discount, just much more work with calculations…

So we can conclude that scenario 2 makes sense for superfatting hot processed soaps only, after the saponification was completed and only if we want to control the oils which will create our superfat. The final % of superfat of your soap can be calculated as follows:

1) Calculate the lye needed to saponify all the oils in the recipe (including those added after the soap is finished), at 0% lye discount, let’s denote it A

2) Calculate the lye needed to saponify only the oils in the basic recipe (without superfat oils), let’s denote this value B

This entry was posted by evik on February 12, 2013 at 23:04, and is filed under for beginners, soapmaking, soapmaking basics. Follow any responses to this post through RSS 2.0.You can leave a response or trackback from your own site.